Two years after statehood, the Iowa legislature attempted unsuccessfully to pass its first prohibition law. They finally succeeded in 1916. Up until the federal government enforcement four years later, sheriffs and local agencies did the enforcement. Prohibition worked but wasn’t popular. While federal prohibition ended in 1933, many states continued to have some

In January a tour of an old speakeasy became available through the Des Moines Historical Society.

From the outside, the 1920s bungalow didn’t appear to have secrets, but there were clues if one looked close enough. The rocked arched way could have clued patrons to the basement stairway. Inside patrons could have enjoyed all kinds of booze. A huge boiler remains. There was speculation by the owner that it may have been used to distill alcohol. Elaborate designs on the woodwork and peepholes added to the general mystery. If only these walls could talk I’m certain they would have a lot to say! 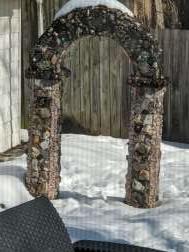 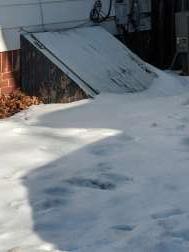 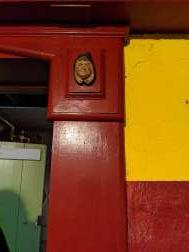 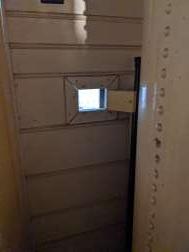