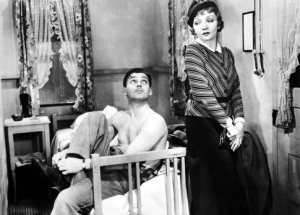 Before I start writing a first draft, I make a deal with my inner editor. Go. Visit a lonely island. Go shopping. Or stand in a dark corner and mumble to yourself how you hate me. Honestly, I don’t care as long as she leaves me alone. But she doesn’t. I can hear her nagging and badgering. Sometimes I can simply ignore her tirade. Knowing she’ll forgive me once I’m finished so she can tear all that I just wrote to shreds. On rare moments, I can’t ignore her. She interrupts my writing with her cynical bitchy comments. Then I have to stop, think, and dang it, that’s not what a first draft is for. This is how it went tonight:

My hero’s been shot. His fiancé , the heroine, is driving him home and helping him into his house (Come on, really? She’s taking him to his house? Alone? What about that double-standard. Women weren’t supposed to call on a man at his home for anything other than business. Eichler[i] even says so). STOP. Well, this is an extraneous circumstance. He has been shot. And the last thing he wants is to have his overly protective sister hovering over him. And besides, they’re engaged. It’s not like the heroine is a complete stranger. And she has been to his house before, even though his housekeeper was there at the time. Besides, how come they can be alone in a car—the ultimate freedom for the teenager of the 1920s anyway[ii]) and in the woods and that wasn’t an issue? Okay. They are both inside. Where do they go? The bedroom. (No way. The hero is an overly gallant, noble gentleman. The bedroom is off limits. For now). Parlor (Nope. He’d get blood all over the place and he won’t want to do that to his housekeeper)? Bathroom (Need to look up bathrooms in the 1920s & 1930s). They’re in the bathroom. She’s helping him undress (Well, how does a man dress and undress in the 1930s? The clothing catalogs I have at home show the outside only. Only a union suit is referenced, but I know urban, younger men would wear something else. So what, then? The movie It Happened One Night comes to mind. But Clark Gable isn’t wearing an undershirt and that’s two years in the future. Every site that I can go to quotes that men immediately stopped wearing them. They all quote a statistic that no one seems to site.[iii] Perhaps the trend for not wearing an undershirt had its roots also in the times. It’s the Great Depression. If you had to choose between an undershirt or putting food on the table, what would you do?).

Should I make my hero wear an undershirt. Nope. It would add tension in numerous ways. And besides, the trend for not wearing an undershirt had to originate somewhere. Why not Des Moines, Iowa?

My inner editor is okay with that.

2 thoughts on “Inner Editor (Shut Up)”